There are lots of plants and I have no idea what most are.  I've had a go at a few here and as I figure them out I've moved them to their own pages - Orchids, Lilies and Weeds so far!  I hope to add more pages soon, but for the moment they are all mishmashed together on this page!

​27/9/15  Lots of these have sprung up in the last two weeks. They are a bit like an Aussie version of the Venus fly-trap. This one has captured a fly and a mozzie - go plants!!  There are possibly two different types.  I think they are either Pale Sundew (Drosera peltata peltata) which I know grows at Mt Cannibal or possibly Tall Sundew (Drosera peltata ssp. auriculata) which, as the name suggests, grows about 30cm high with sticky mouth like leaves, and is mainly along the drive and out the front. One grows quite tall  and the other doesn't grow as tall and is much more "bushy" - it is mainly on the easement.
I keep seeing its pretty white flower and thinking - I wonder what that plant is?
27/8/16 Scented Sundew (Drosera aberrans)

Old man's beard (Clematis microphylla) 14/08/2020 There is a male and female plant of this.  I believe I've seen lots of the male plant - small, green, tiny prickly looking flowers - but this is the first time I've seen the female one!
Climbing/Common Appleberry (Billardiera scandens)  17/10/15  It looks a lot like bluebell creeper, a weed, which makes things tricky!
Mountain Clematis (Clematis aristata) 10/10/15 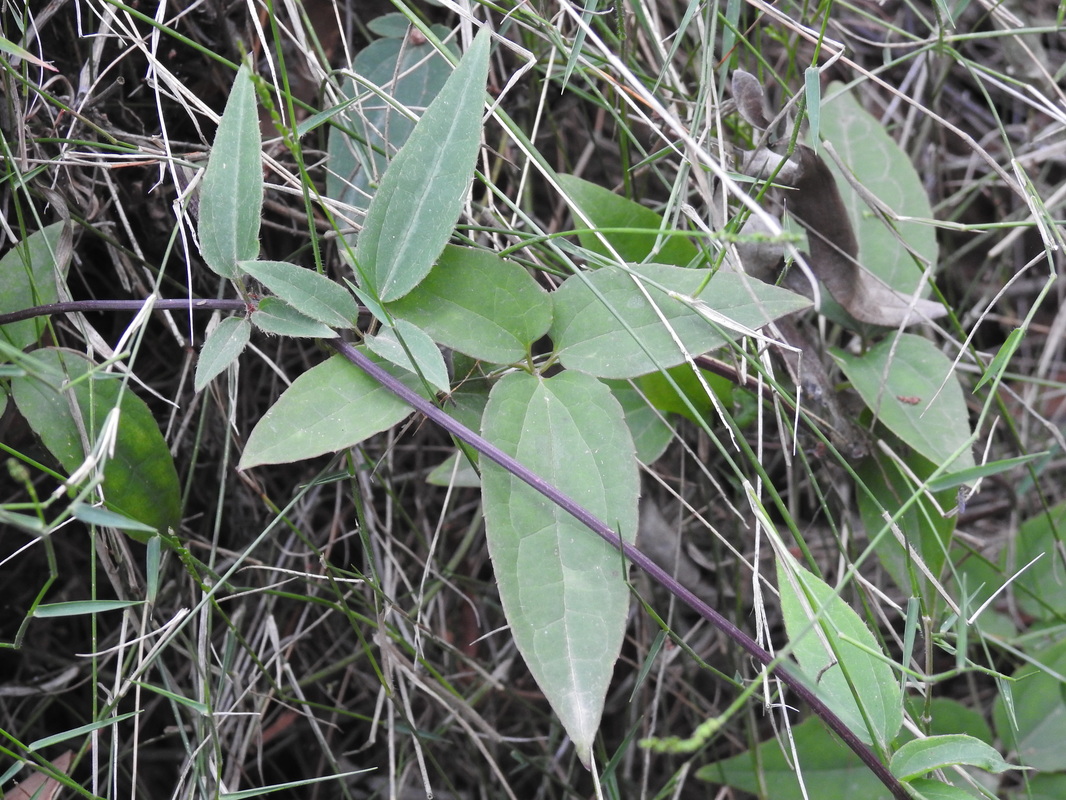 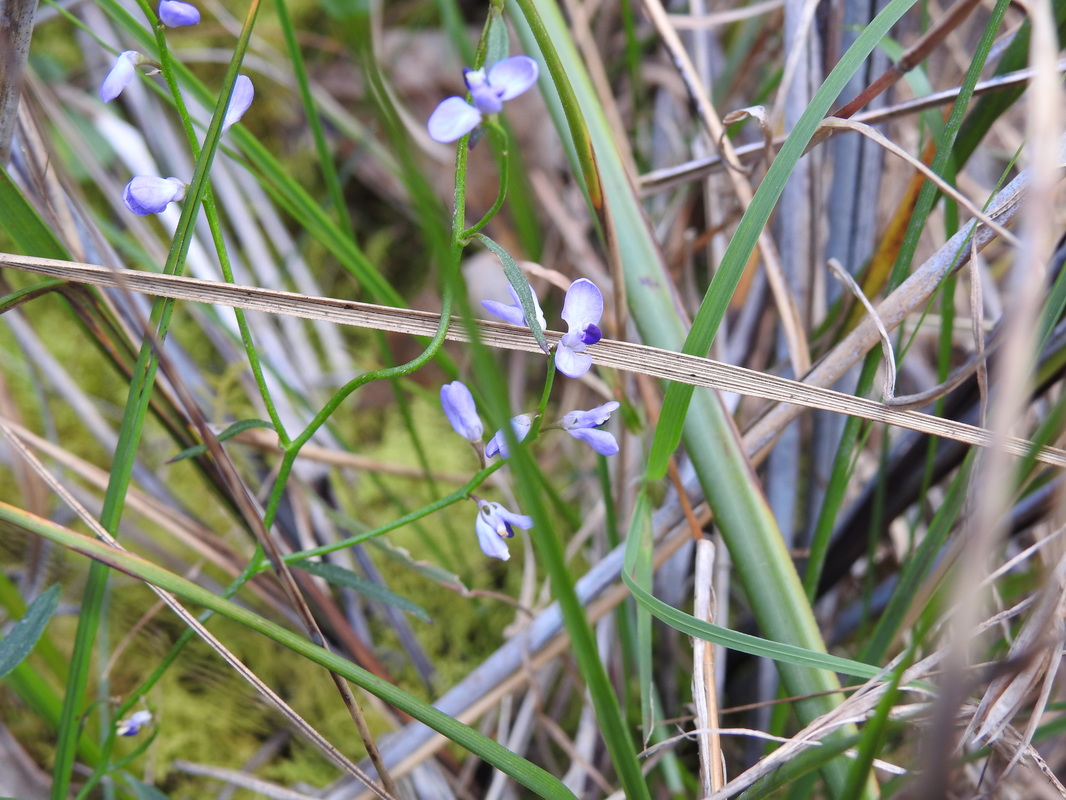 7/9/15 I thought this one was a weed also as there was quite a lot around and it looked like it was strangling a tree - but actually I'm pretty sure it is a Twining Glycine which is a local.
21/11/21 The one on the right is, I think, Variable Glycine, which is also local.  It seems to have pointier leaves and it comes out later in the year.
Wonga Vine (Pandorea pandorana subsp. pandorana).  And look at the three different coloured flowers I found in different parts of the property.  Yellow on the other side of the easement,  pink close to the house and white in other places.  Weird!
26/8/16 Common Hovea (Hovea heterophylla)
Dodder Laurel, Cassytha spp.
Veronica plebeia 4/6/16 (Flowers in late Feb)

Other plants and flowers

30/10/16 Blue Bottle-daisy (​Lagenophora stipitata).  This flower is tiny!
30/10/16 Narrow Fireweed (Senecio microbasis I. Thomps.) Rare in Victoria (and I think I know why) or Cotton Fireweed (Senecio quadridentatus) Pretty common in Vic.
26/8/16 Pink & white Common Heath (Epacris impressa)
Some kind of mistletoe 14/2/16
10/10/20 The bees just LOVE this Daviesia latifolia.  Just beautiful bushes.
Not sure if this is a weed or a native but there is quite a bit of it around.  I want to call it a bacon and eggs flower.  ​I think it is called a Smooth Parrot-pea. 7/9/15 & 2/9/16
21/9/16 Handsome Flat-Pea (Platylobium formosum spp. agg.) or maybe Common Flat-pea (Platylobium obtusangulum) or maybe even Golden Bush-Pea (Pultenaea gunnii)? 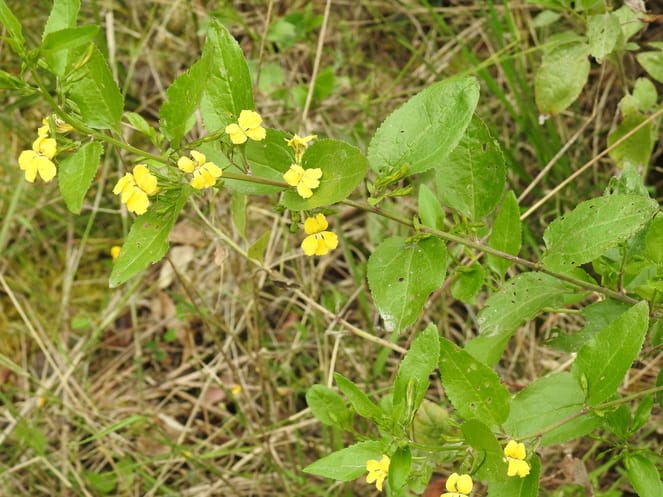 Flower looks the same, but the leaves are different - Trailing Goodenia (Goodenia lanata)? 24/10/15
30/10/16 St John's Wort (Hypericum gramineum).  I went to look at it again about 5 minutes after taking this picture and the flowers had been nibbled off! 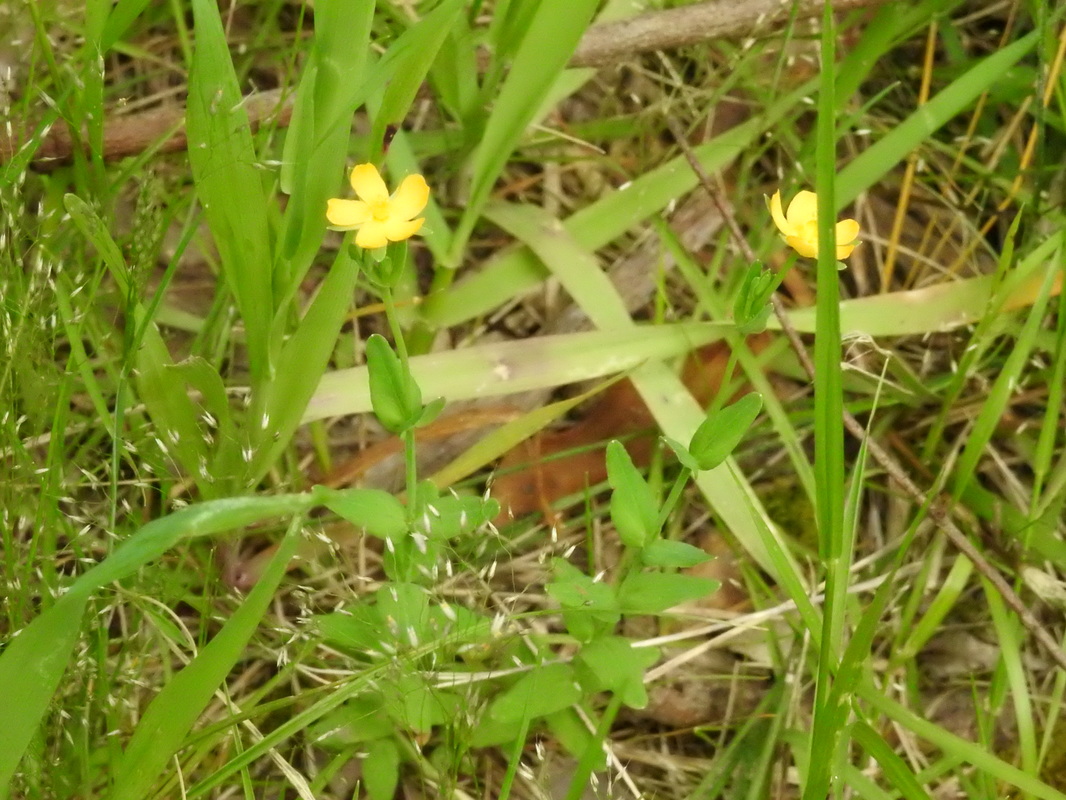